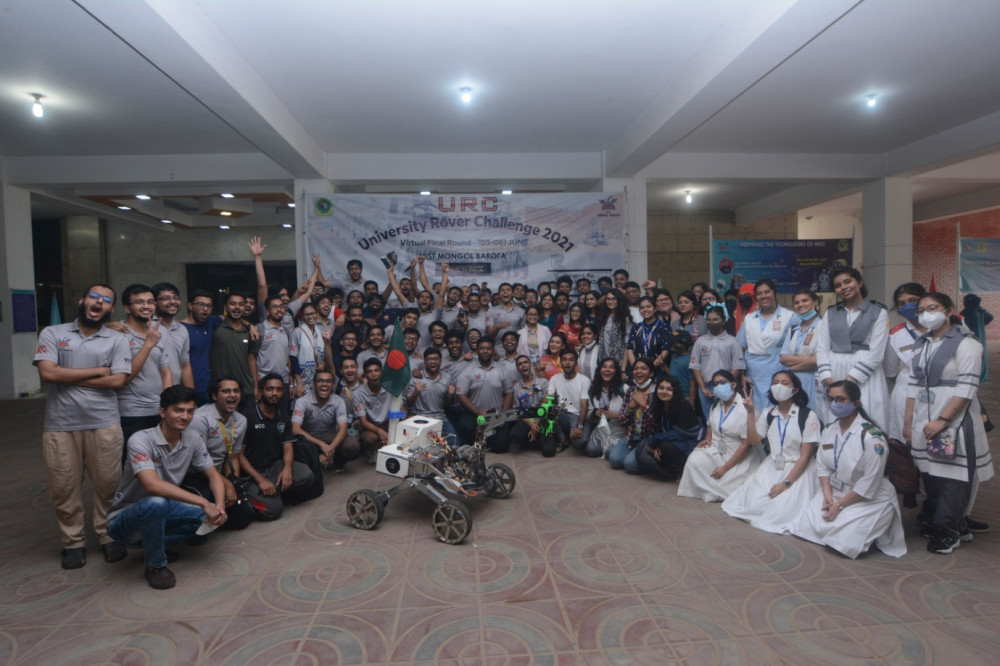 The University Rover Challenge (URC) is the world's premier robotics competition held annually in the desert of Southern Utah in USA. URC challenges student teams to design and build the next generation of Mars Rovers that will one day work alongside astronauts exploring the Red Planet. In URC-2021, there were 88 teams participated from all over the world. Through various stages of qualification, top 36 teams could compete in final round. A students’ team from MIST (Military Institute of Science and Technology) named MIST Mongol Barota, participated in this prestigious competition and secured the GLOBAL CHAMPIONSHIP. It was a long tough journey by the MIST Mongol Barota Team overriding the teams from USA, Europe and other continents. In the history of URC, this is the best-ever result achieved by any team from Bangladesh. A team of 17 students (9 from CSE Dept and 8 from ME Dept) led by BA-9723 Captain Akib Zaman (CSE Dept) built the robot. Colonel Mohammad Shahjahan Majib and Professor Dr. Md Mahbubur Rahman from Department of CSE, MIST supervised the team.